There are many terrain options including tree skiing.

A culturally modified tree along the trail from lake to lodge.

Spring skiing in the Alps 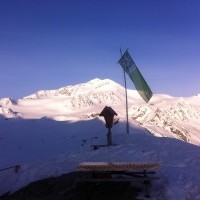 You can do this trip in eleven days from Canada and back, but you may wish to spend some time in Europe before or after. This trip starts in Pontresina, which can be easily and comfortably reached from Milan or Munich airports by train. We drive to Malojapass and climb Piz d'Emmat. Here we are close to Septimer Pass, which was important in the Middle Ages, and to a triple watershed: the Maira runs down the Bergell to Lago di Como and the Adriatic, the Gelgia is a headwater of the Rhine, and the Inn flows into the Black Sea via the Danube. We ski down to Julier Pass. On day 2, we climb the Fuorcla d'Agnel, ski to Chamanna Jenatsch for lunch, then up to Piz Laviner for a long run down Val Mulix to Preda. Here we get to ride on the incredible Rhaetische Bahn, one of the few railway lines designated as a UNESCO World Heritage Site, down to the village of Berguen/ Bravuogn for a night in a hotel. On the next day, we ride the lifts to Piz Darlux and carry on to Chamanna (that's raetoromanic for hut or lodge) digl Kesch. From here, we climb Piz Kesch, a dominant peak with fantastic views of the Bernina, Silvretta, and Ortler mountains. After another night at Chamanna digl Kesch, we head toward Piz Grialetsch. The run down its NE glacier is steep and exciting. It brings us to Chamanna Grialetsch where we spend our last day in the mountains. After another summit like Schwarzhorn (back in German-speaking Switzerland) we descend into Davos, from where the railway will take us back to Pontresina. Of course, weather and conditions may force us to change the itinerary. Soemtimes the Chamanna Grialetsch is not accessibel because of military exercises in the area. We then deviate either to Engadin or to Davos on another route. 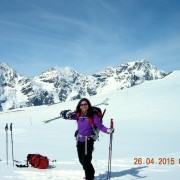 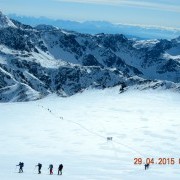 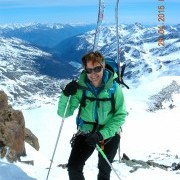 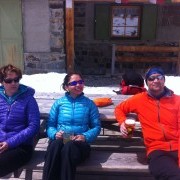 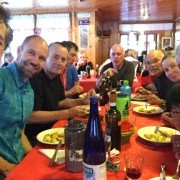 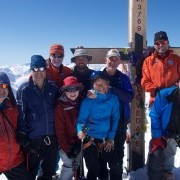 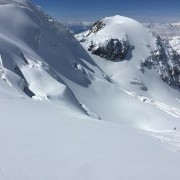 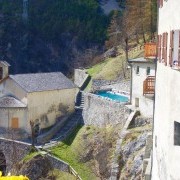 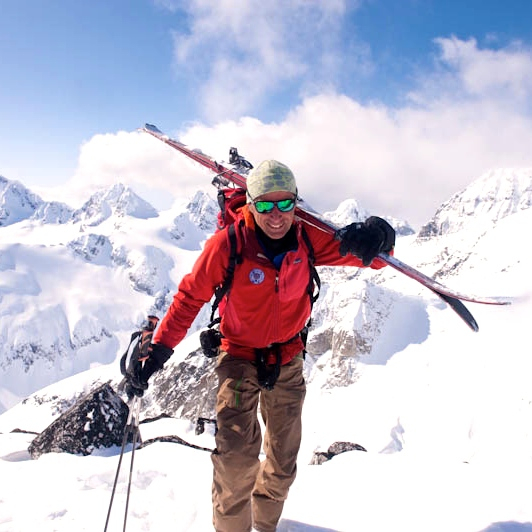 Thanks Christoph for a few days of great adventures, saunas, erudite conversation and great food.